Gregg Kissel is a home designer from Evansville, Indiana. He earned his Bachelors of Science in Architectural Sciences degree from Western Kentucky University in 2003. Before he took his post at Home Design Group in 2012, he spent 12 years as a designer for their parent company H.G. McCullough Designers Inc. Similar to Mr. McCullough himself, Gregg was interested in designing homes from a very early age. He recalls drafting plans as early as five or six years old, and proudly showing them to his father, who was a contractor.

Gregg approaches each project the same way: listen to the client, understand his or her needs and wants, and work hard to create a set of plans that perfectly matches the client’s vision of their dream home. Whether it’s a large home with a big budget that allows him to be more creative, or a small home with a fixed budget that requires a more pragmatic approach, Gregg derives the same satisfaction from a job well done.

In 2011, when he was still with H.G. McCullough, he was part of the team that won the IMAGINE design competition that was built by Habitat for Humanity. Since taking his post at HDG, Gregg has racked up awards in the Evansville Parade of Homes, including the 2014 Home of the Year, and the 2015 Best Bath, Best Kitchen, and Best Exterior.

Gregg is passionate about home design, and it shows through his work. He is proud of each of the homes he has worked on, and he wants clients to know that when he is working on their project, they are the primary focus. No project is more important than another, regardless of the size or scope. He will put forth his best efforts to create a home that makes the client happy. 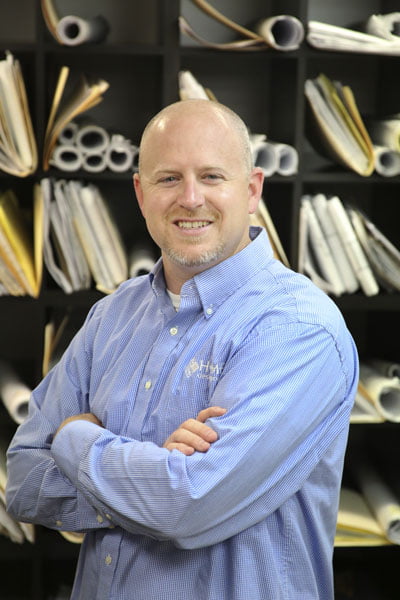 Let us know if you have a project you would like us to take a look at!